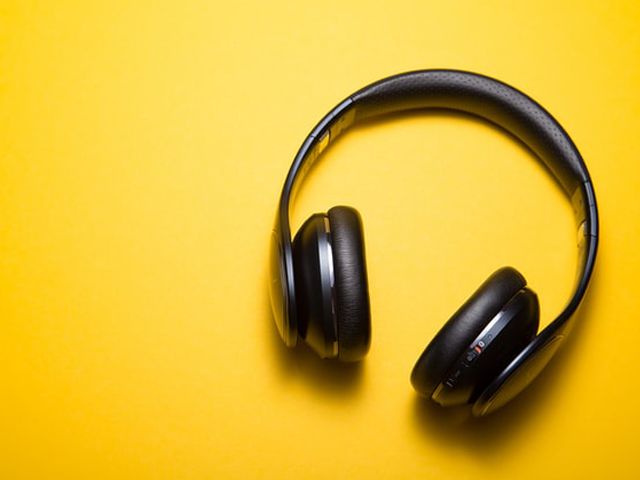 Download the This Day in Music Led Zepplin App for your iPhone, iPad, or iPod...

Download the This Day in Music Led Zepplin App for your iPhone, iPad, or iPod touch. This day is music just released the app for one of the greatest bands of all time, Led Zepplin! If you like music, you have to like Zepplin. Are you ready for a new stairway to heaven? This cool Zepplin app has a detailed daily guide to musical happenings, trivia, quizes and song notes. This Day in Led Zeppelin is the first app that brings the Zepplin onto your phone with unique audio and visual elements. If you’ve had good times or bad times, we’ve known you had your share, then grab this Zepplin App today!

“Led Zeppelin fans with an insatiable appetite for trivia can get their Zeppelin fix and more in a new iPhone/iPad app.”

“If you’ve finally decided to download only apps you’ll use here’s where to start. It’s called This Day in Led Zeppelin.” Cool Material

“Been Dazed and Confused for so long it’s not true. Wanted an iPad app, never bargained for you.” Crunch Gear

The app was created by the people at This Day in Music.com who felt it was time, and we agree to get together and celebrate the worlds greatest band Led Zeppelin. The day in music app for Zepplin gives you a view of the world’s best rock act in a new way on your iPhone and iPad. Check this out, imagine you could have every gig the Zepplin ever played, including set lists, recordings, gigs, TV performances in the palm of your hand. How about a fun and interactive Led Zeppelin quiz cool quiz questions and soundclips. If your like us, you probably haven’t heard all the Zepplin tracks and there are definitely more in their catalog to find! This day in Zepplin reviews the studio tracks and every Zeppelin album with a unique link to play any Zeppelin track contained in your own iTunes library within the App, or you can buy the track to complete your library on Itunes.

This Day in Music Led Zepplin

Download this guide to Led Zepplin’s career and get a Free rock ringtone — unavailable elsewhere and unique to this App. In addition, you can find tons of links to the official Zeppelin store for music, merchandise and sheet music, plus LedZeppelin.com and the band members’ own websites.

World’s Best Music App for iPhone or iPad…which one and why?

Read more to find out the Best Music App for the iPhone or iPad. I’ve been a music buff since I was 5 years old and started playing piano, but music never hit the level of importance in my life until I started playing guitar at 18 and joined a band. Since that day I’ve been in bands ever since, one for over ten years!

Long live the wonderful music and concerts from isoband. It took us years for the band to find our own sound, pulling from all of our different music influences to find that perfect sound in which we thought was representative of all of our musical tastes… What was left was amazing music that will be shelved with the millions of other songs and albums of independent artists from around the world who’s music will only be heard by a lucky select few, if the music is good that is. In Isoband’s case, it had to be good because there were no compromises, the band went through many singers, some friends, some not, and burned many relationships to find the right people to develop the sound that became ISO.

So why do I discuss an old band today when explaining the world’s best music app on Appsmile. It’s because of how important music influences shape a band’s music and also shapes the wonderful music that is created in the world, which ends up on your iPod, in your speakers, and in your head and mind for years to come. It’s the musicians that came before your favorite artists who helped them fuse together their style. Add that to the influences of the other musicians in their band ultimately helped them create their own sound as a band. If you ask any musician, they will have a select few musicians that inspired them to be what they are today, whether through learning how to replicate their sounds, style, or just listening until their hearts were made whole. It’s applications like iLike that help musicians alike list their influences and their music in one central place and feature it on Facebook, ie (JoeyB) on iLike. It was these musicians the I incorporated in my guitar solos, Duane Allman, Trey Annastasio, Jerry Garcia, David Gilmour, and Hendrix to list some. These were my idols and I developed my music based on a mix of what I was hearing from them.

Years have past and a website was developed around something called the music genome project. It looked cool but I didn’t care as I had too much music in my life… My library of music had reached way over 10,000 songs in my iPod collected first downloaded from Napster, Limewire, and finally through spending all my money on the iTunes app store. I noticed the music genome project but I never found the time to use it on the internet. Fast forward to the iPhone and iPad, and this website came to mind! It was time to give the music genome app a test run as it became more and more relevant in my day to day life.

That was it, they opened Pandora’s box and took me on a visit to Pandora from Avatar with my music listening. Each and every day, they still take me on a trip to the land of Pandora through their database and technology which matches music with similar influences that give the listener a feeling of being made whole through the eclectic yet relevant list of songs that surround the listener with what they want to hear. If you don’t know yet, in my mind, the world’s best music app right now is Pandora. I know there are other music apps, but Pandora has successfully tapped into a time in my life where it’s almost the only music listening device I need and I will tell you why!

I spoke about influences being the catalyst for the creation of your favorite music. Whether you’re an audiophile or an audiophobe, you have more than a few favorite artists, and those favorite artists also have more than a few favorite artists. For me, Pandora finds a way to connect them all. Pandora allows you to add an artist to your playlist and it will auto generate a playlist of that artist’s music as well as similar artists, influences, side projects, live performances, studio sessions, and more great music that matches the artist you selected. At first I was skeptical, but at this point I have a playlist for almost anything I need. Let’s take a jam band like Phish… If you have Sirius and like jam bands, then you probably love the jam band station and wish there was a Phish channel. While the Pandora Phish channel I created doesn’t play all Phish songs, it’s way better in my mind than the jam band station on Sirius. For one, it regularly plays Phish songs but doesn’t overwhelm me with too much music from Phish, so when another Phish song comes on, I kind of get excited. It also pulls in Phish’s influences such as the Stones, Zepplin, Zappa, and other artists into the playlist. In addition, the playlist plays music from side projects from individual members of the band, which helps you hear more of the specific influences in each of the members through their own solo projects. A few moments ago, Pandora just matched Phish with “On the Turning Away” by Pink Floyd, which is truly a great song. Phish covered Pink Floyd’s “Darkside of the Moon” at one of their Halloween concerts. There is no way that Pandora knew that, but this proves that they’re technology can be right on at times. While the Phish music channel on Pandora worked great for me, my fiance tried one for Duran Duran and had a huge smile on her face when she heard “I Died in Your Arms Tonight”! My 8 month year old has a few baby channels with his favorite list of classical and baby songs, and if we ever hit the beach, we’ll play the Jack Johnson’s channel, or if it’s a party, maybe we pull up 2pac and Biggie. Who knows what Pandora would throw in to that Playlist? Maybe some Diddy, Jayz, Jlo, ya never know until you try! Or put the iPhone in your pocket, hit the gym, and put on Rocky music channel or some power house music to push you through your workout. There’s a time and place for Pandora in so many ways in your life!

The Pandora music app, is actually tailored to listening to music the way music is supposed to be listened too. With my enormous library of songs on the iPod, yes I could hit shuffle and play just songs that I own. However, there is one major problem. I’ve heard those songs a million times and I am not catching any new songs. I find myself constantly hitting next to find a song that I want to listen to at that time. If the song doesn’t catch me in the first 10 seconds for that moment, then I will skip it to find the next song I’ve heard a million times. The Pandora app has allowed me to finally listen to music again the way music is supposed to be listened too.

Some downsides are that you can hear ads rarely, but that hasn’t been an issue considering their amazing technology, and also you can’t scroll through more than 5 or so songs on the playlist, which is annoying at first, but suggests that you listen to new music and not bounce around and shuffle through tons of songs in today’s A.D.D ridden digital age!